Our interwebs are out of order. Momma says the cable modem is dropping packets. Seems to me she should try a bucket, but what do I know? Don't worry, I'm sure things will get sorted in a week or so, but until then, here's a photo of yours truly that she had on her work place computer. 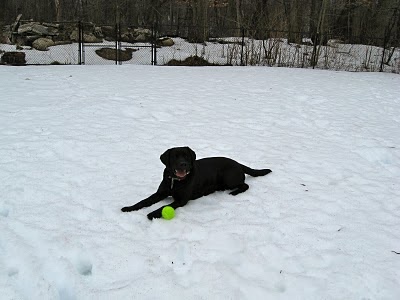 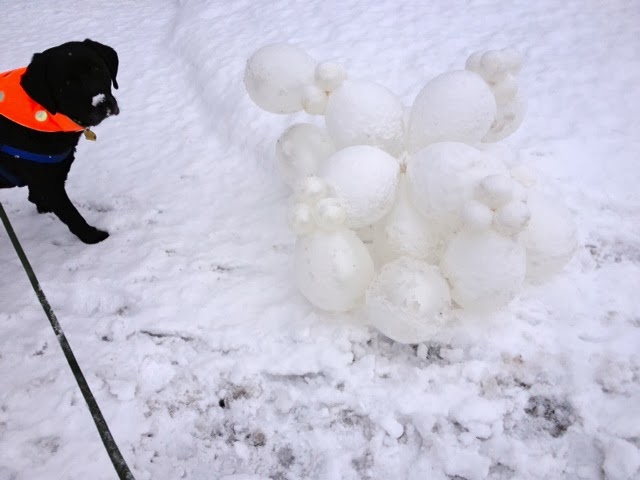 I am Six Years Old Today

That's right! Today is my birthday and I am six years old.

To celebrate, I have selected one photo from each year of my labralife. Are you ready? Here we go.

I arrive at the estate and meet the Relentlessly Huge. I confess to being a bit intimidated by him at first, but I soon learned how to manage. And he did teach me many wonderful things, such as the joy of sun baking.

I was invited to the cement pond next door. Oh happy day!

I began my campaign of civil disobedience.

I said goodbye to the RH. I do miss him sometimes.

I discovered yogurty goodness. Does it get any better than this?

So there you have it. Six years and going strong. I'm looking forward to a 2014 filled with walkies, foodables, snuggles, and all the stuff that makes life grand. 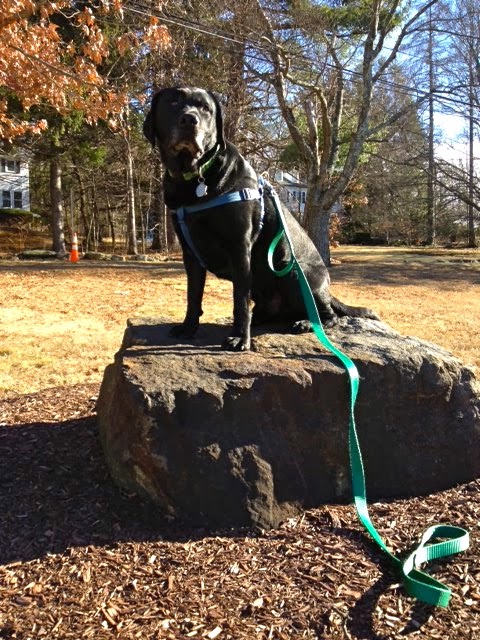 I don't think any Dexter birthday celebration is really complete without this classic of "when Dexter met Mango." 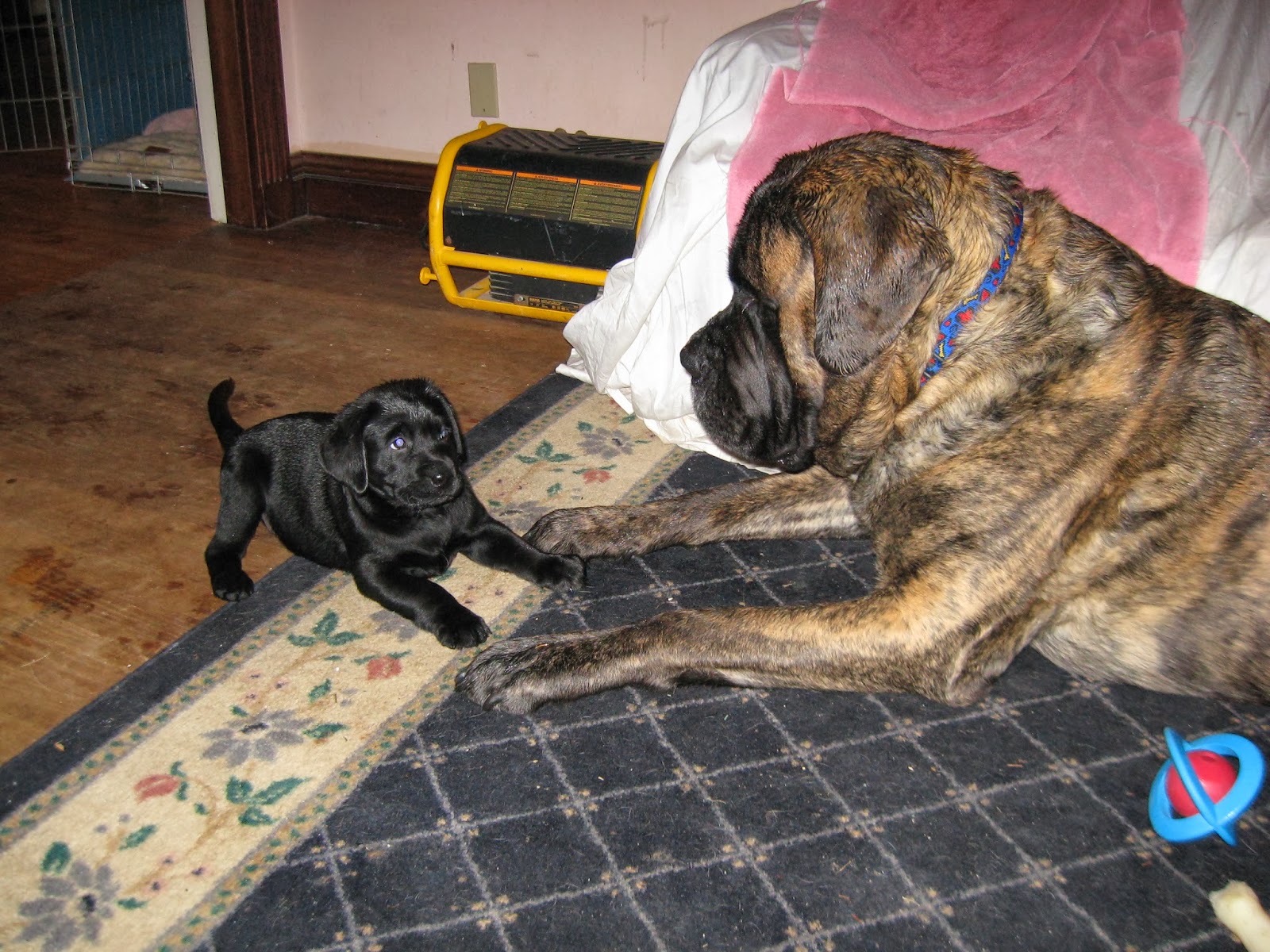 I think Mango played a larger role in shaping who Dexter is than I did (which is part of why I sometimes regret not getting a puppy for Dex to nurture). Mango made sure that Dex was housebroken from the start. He taught Dex respect for stuffies, how to play gently with humans, and (partly as a matter of survival) how to read dog body language like a champ.

In Mango's blog, I tended to emphasize their differences, but as they matured, one saw scenes like the one below more and more often. 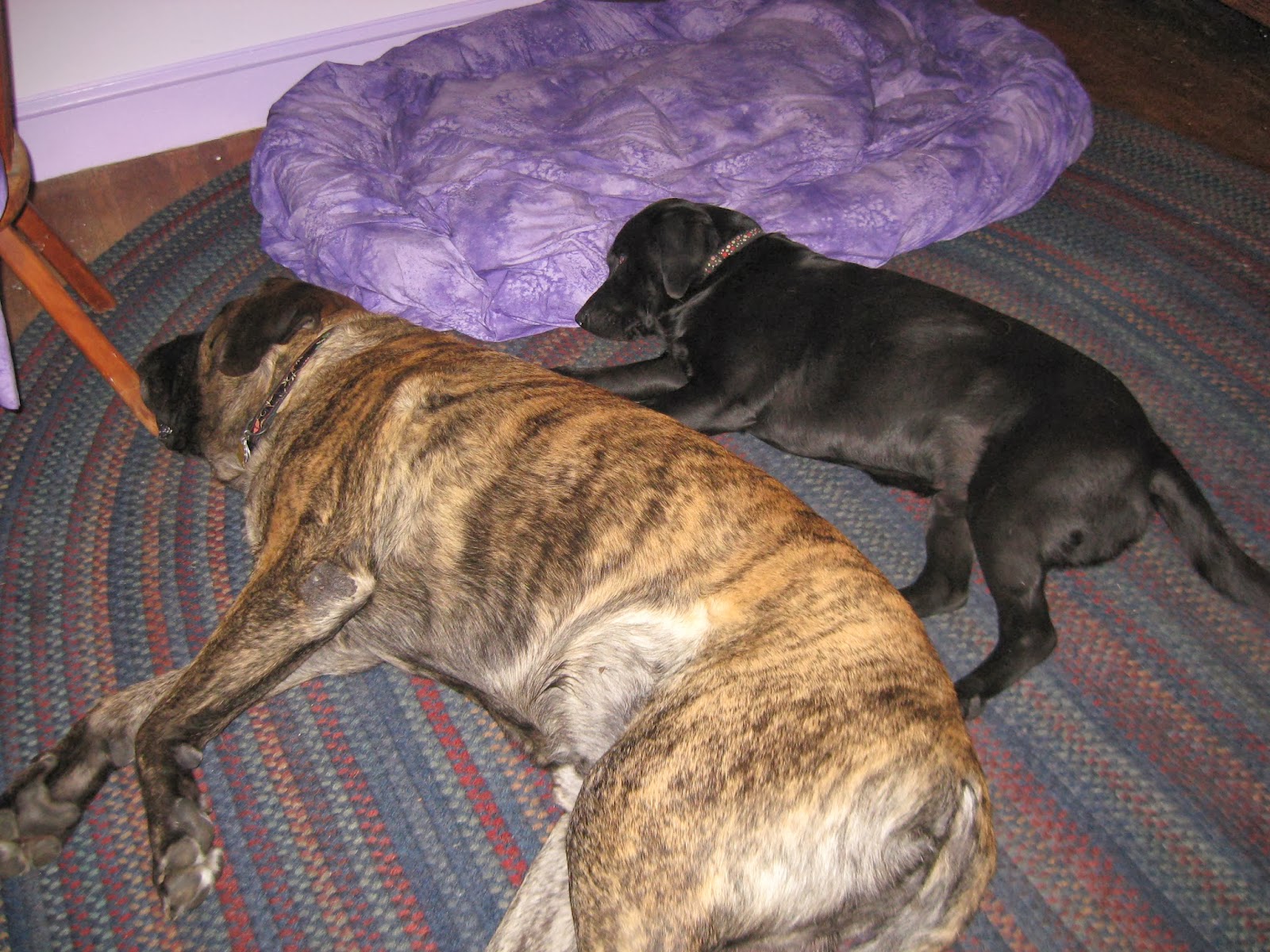 Every dog has something different to offer us and we need to be open to how "having a dog" changes with each of our beloved companions.

In the past year, Dexter and I have grown much closer. Walkies are our primary activity and I think I get cabin fever as much as he does when we are forced to miss one. He's a wonderful pal, with an easy going disposition that is suited to my lifestyle. He's both the smartest and most well mannered dog I've ever had and has certainly spoiled me in so many ways. 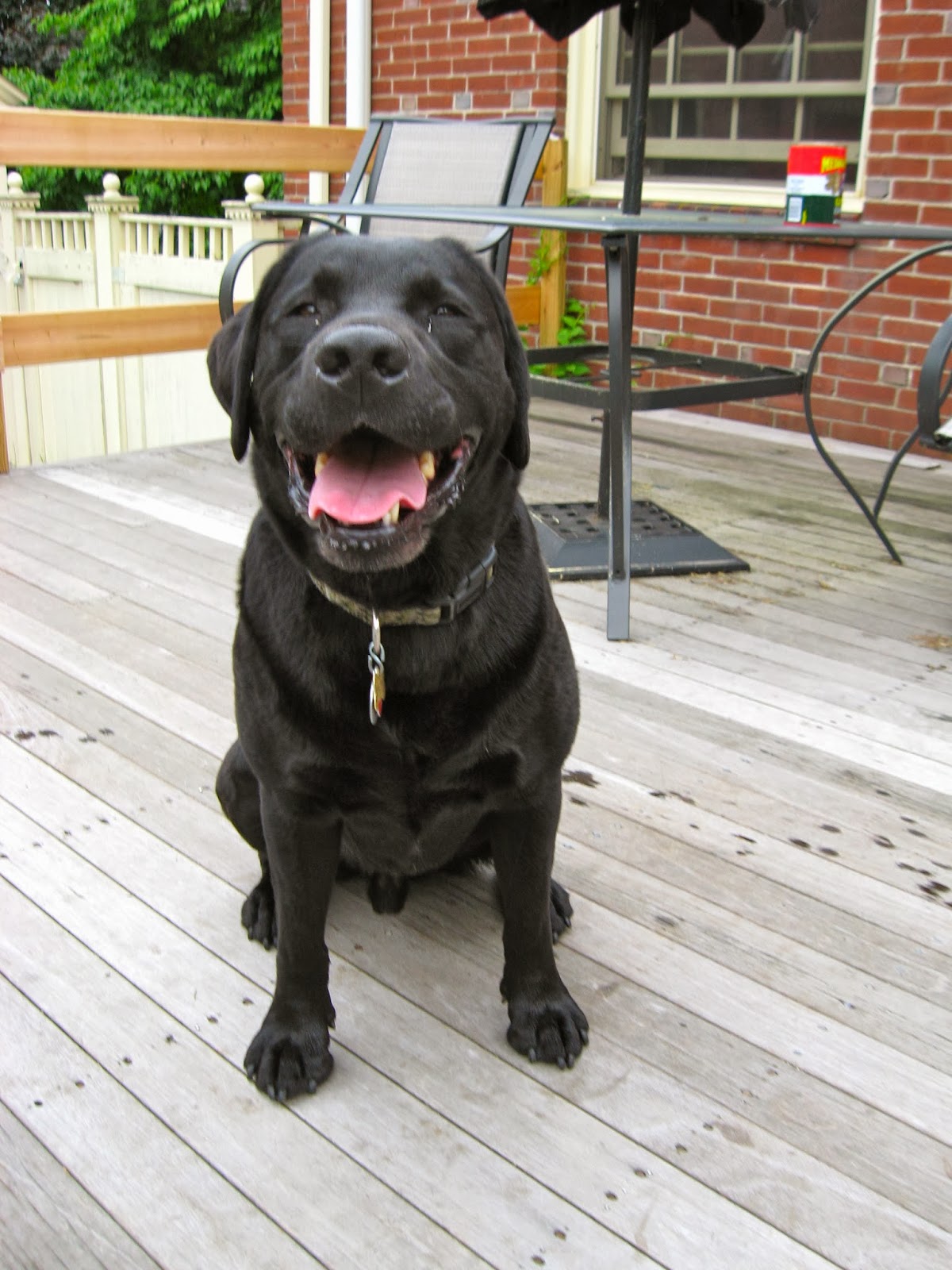 A Mundane Review of Nor'easter Hercules

I hope that none of my alert readers interpreted my absence during Nor'easter Hercules as a sign that we were in peril. Hardly. In fact, provided that one can tolerate sub zero temperatures (yours truly among them), the storm was barely an interruption in my pleasingly routine life.

Of course momma spent many anxious moments topping off the bird feeders and she did seem to shovel an awful lot (I'm not sure how much as I find snow shoveling very dull and opt to retire to my couch until some more interesting activity presents itself).

But even though it snowed for over a day, we ultimately had less than a foot of accumulation. No real excuse not to walk, right?

Given the non-stop snow plow traffic, momma opted for a little woodland stroll behind our estate where I was able to practice my agility skills.


As well strike a pose that was a bit festive (momma is always trying to get the perfect holiday photo regardless of the season).

When Hercules had blown over, we resumed our usual routes and had one heart stopping moment when we rounded the corner to be confronted by the sidewalk plow. These are useful but rather aggressive machines which stop for no dog and we beat a hasty (and in momma's case, a bit clumsy) retreat. 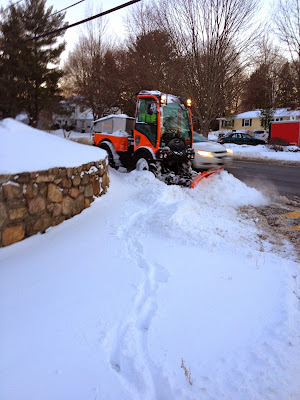 The arrival of the sidewalk plow was, at first, cause for much celebration since it meant we could resume our walkies to the the village green.

And so the following day we did just that. Unfortunately, the street plows made one final pass after the sidewalk plows and threw all the icky, chemical laden slush back onto the sidewalk.


And we achieved our destination of the village green. A place where no doggie had gone before (or at least not since the snow fell). I was pretty proud of momma. She gamely slogged through the snow along with me (albeit at a somewhat slower pace).


And there you have it. Momma says an "uneventful" snow storm is the best kind. We didn't miss a single walkie.

Happy New Year to all my pals. I don't have any particular resolutions. I just don't see any reason to change. Momma is always telling me I am perfect. Wouldn't want that to stop.

Content, photos, and videos from this blog are the sole property of the blog author and may not be displayed or reproduced without permission from the blog owner.

Dexter
I'm Dexter. My friends call me Pea (long story). I was born on January 9th, 2008. I live in beautiful Massachusetts, USA, with my Momma and Master. 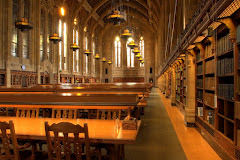 Momma reviews books and movies, some of which have doggies in them.

click on the photo to watch Master transform houses 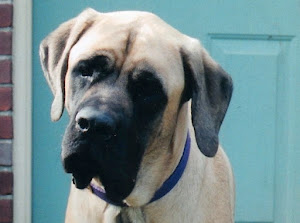 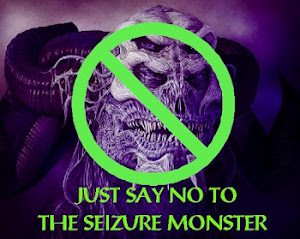